The 'Why' regarding what can cause brain cancer is slowly evolving 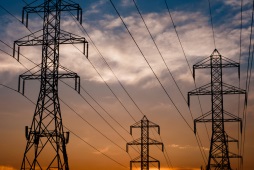 There have been many research projects trying to find the answer for what can cause brain cancer. Cancer exists in many forms and is a complex combination of different diseases. One main underlying characteristic is its self-sufficiency in growth, evading cell death, the ability to replicate cells and to invade the immune system.

Because of this most persistent nature of brain cancer, researchers have looked in all directions, from the use of cellphones, living near or under power lines and working in areas that have electromagnetic fields. Research will probably continue in all three of these areas, but so far no convincing results have developed.

Other areas that have been investigated include studies asking why women whose periods did not start until after age fourteen seem more susceptible. The use of a brown permanent hair dye for a long period has been checked as increasing the risk for gliomas. A mother’s diet during pregnancy and whether or not she ate cured meats has been studied.

The one strongly documented increased risk factor is having had exposure to radioactivity (ionizing radiation). Children who were treated for acute lymphoblastic leukaemia (ALL) have an increased risk with an added risk if they received their radiation before age five. Combining radiation with chemotherapy drugs makes this risk higher still. Therefore the combination of both is no longer given to children who have ALL.

Genetics play a large part. For every 100 brain tumors, five can be traced to genetic conditions. The most common are neurofibromatosis (type 1 and 2), tuberous sclerosis, Turner syndrome, and Li-Fraumeni syndrome. Anyone with a family member who has had a tumor of the nervous system is found to be more at risk. Individuals of Jewish heritage also have a higher susceptibility when it comes to meningiomas.

Primary tumors are not as common as secondary brain tumors. Primary brain tumors are those that start in the brain and they get their name from their cell type, such as schwannoma, glioma, ependymoma, medulloblastoma to name just a few. The secondary form of brain tumor starts elsewhere in the body and metastasizes to the brain. The most common cancers for this include breast cancer, kidney, lung and colon cancer as well as melanoma.

This is a project that researchers will be involved in for many years. It is through grants and other financing that their research is able to continue, seeking the answers to this most wanted question of ‘what’ and ‘why’. Contact us if you want to learn more about brain tumors or if you wish to help those in research with a donation.

Common License:
This work is licensed under a Creative Commons Attribution-NonCommercial-NoDerivs 3.0 Unported License.