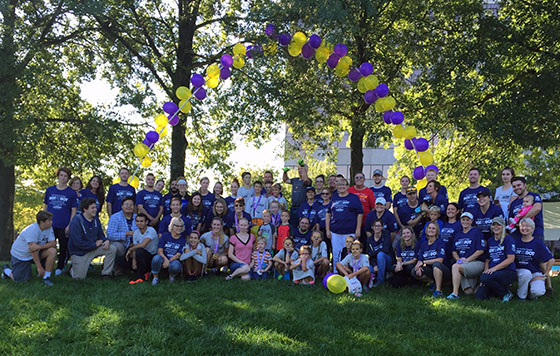 This year’s race marked the 10th anniversary of the race and had over 1,000 participants, its largest field to date. The Dot-to-Dot Run was established in honor of Paulina Cooper who passed away from Diffuse Intrinsic Pontine Glioma at the age of 6 on September 21, 2004.

This year’s Dot-to-Dot Run has raised over $25,000 to The Rory David Deutsch Foundation. Thank you to Ann Todd Cooper and her amazing family, friends and incredible staff of volunteers! 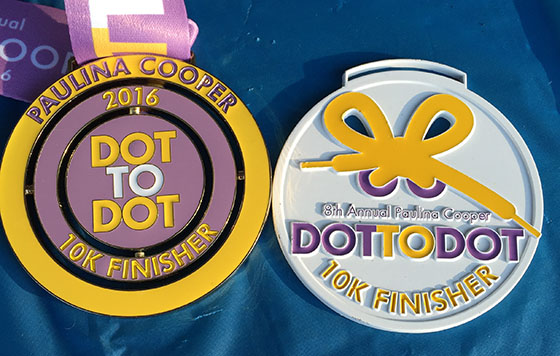 A photo of this year’s medal. 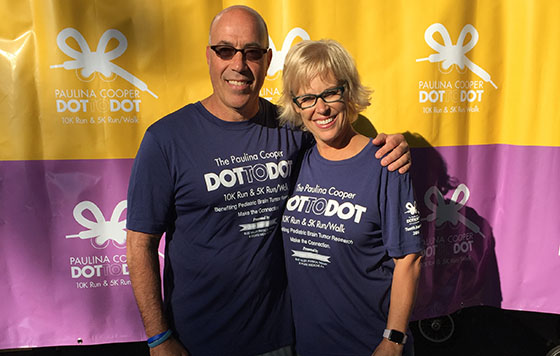